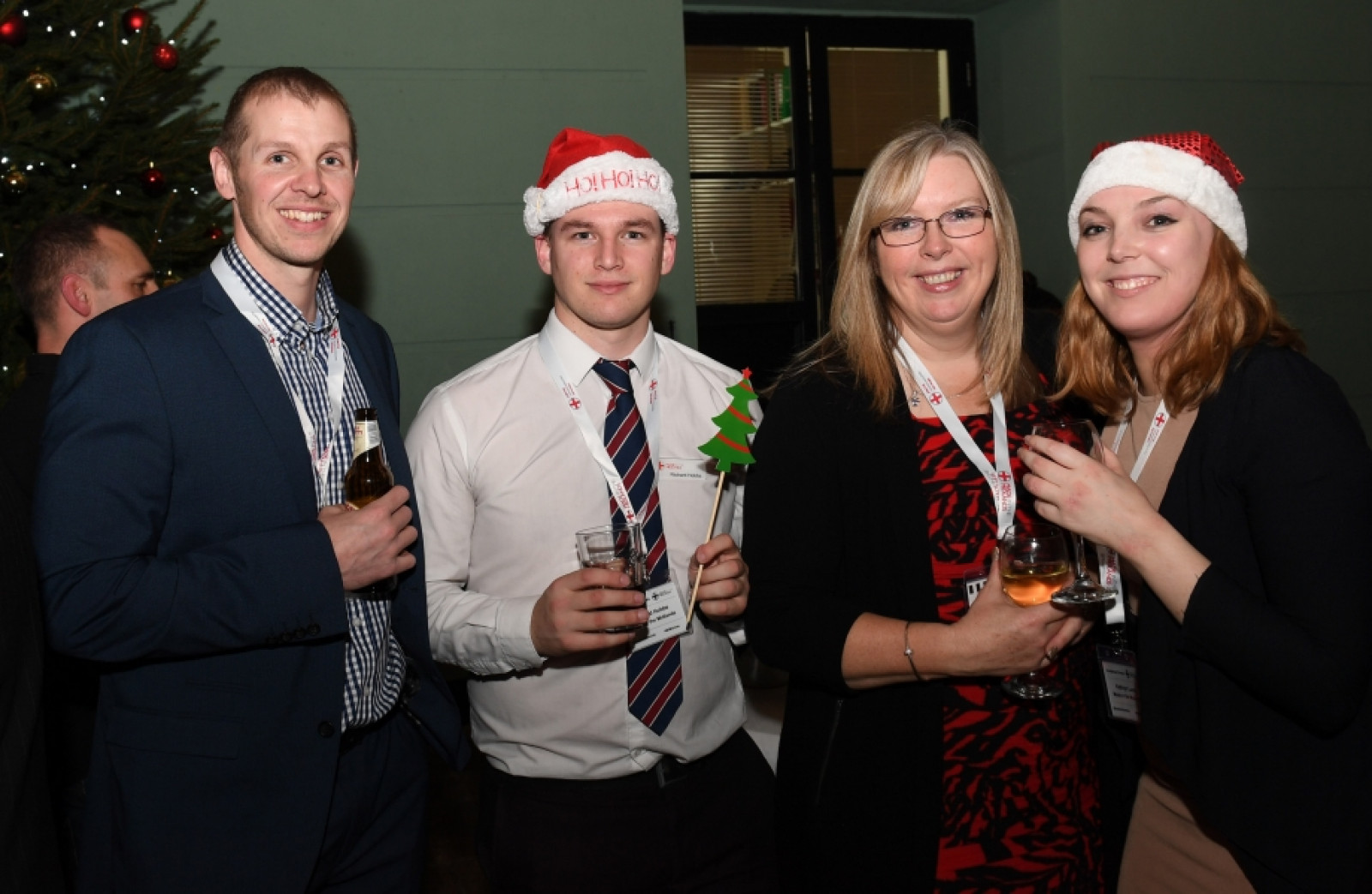 Manufacturers take to the road

My name is Nichola Knight and I have worked for A E Oscroft & Sons Ltd (AEO) for the past 30 years.  As the company has grown I have had various different roles.  I am currently HR and PR Manager although sometimes my roles and responsibilities often have no relevance to my title.  I am often faced with last minute projects but fortunately I enjoy a challenge.   My latest project was to ensure our lorry was ready for the Made in the Midlands, Christmas flotilla.

On Monday 5th December, my MD, Chris Oscroft, asked if it would be possible to enter our 13.5T lorry in flotilla, organised by Salop Design.  As the flotilla was only in three days time, I was unsure whether this could be achieved as the lorry was in use every day and it currently was not sign written.

The few days leading up to the flotilla proved to be a bit of a challenge.

Monday was spent designing the artwork and forward planning logistics around the lorry being out of action. Tuesday, Dan from the design company, requested the vehicle measurements.  Unfortunately the lorry was at that present time in Wales and was not due back until later that afternoon.  I thought maybe this was the end of the road but we found a way around this by taking the measurements from the vehicle plate.  Although this did not give him the exact sizes it gave him something to work on.

Dan then contacted me and asked me for a colour reference for the blue of our logo, but I had no idea. He was adamant that he needed it so I contacted our stationary printers to ask them what pantone colour they used.  Luckily they were able to help me.  Another problem solved.

Everything seemed to be on schedule and I organised for the lorry to be cleaned and the sign writers to commence at 9.30 am Thursday morning.  I knew if they started any later they would not achieve the deadline.

Late Tuesday afternoon, I then discovered the lorry would be up north the following day, and stopping overnight.  I again became doubtful we would make the flotilla in time.   However, after further discussions with logistics and our driver, it was arranged for the lorry to be back early Thursday morning and the driver would clean the vehicle as soon as he touched base.

Thursday morning it was raining.  I received a telephone call from Dan asking if it was at all possible for the lorry to be under shelter as it would prove difficult to place the vinyls on wet curtains.  I knew without asking that there was not enough adequate space in the factory, so again I became disheartened after all my effort.  I explained my dilemma to our Plant and Despatch Managers who initially did not think it was possible.  Between them they re-planned production and moved work around in order that we could drive the lorry inside in the dry.  Another hurdle was overcome.

At 9.30am the sign writers arrived, but there was no sign of the lorry.  Great, I thought, we have come so far and now the lorry is nowhere to be seen.  The sign writers explained that if they didnt start the lorry within the next fifteen minutes they might not get it finished in time; it would be tight.  I immediately went into logistics to find out what had happened and was informed that they had taken the lorry to Studley to get it washed and had not taken enough money with them to pay for it and they would not release the vehicle until we paid the balance.  I then had to arrange for someone to jump into a car and take the money over to the lorry park.  The lorry was late coming back, and there was a bit of a panic, but the sign writers worked wonders.

It was a challenge with many hurdles but we all worked together as a team and achieved our goal in the end.  The lorry made it to the flotilla on time and looked good!

Welcome to our microsite, please tell us your name, company and email to chat with a member of the team.